How African Parents Will React If You Refuse To Marry 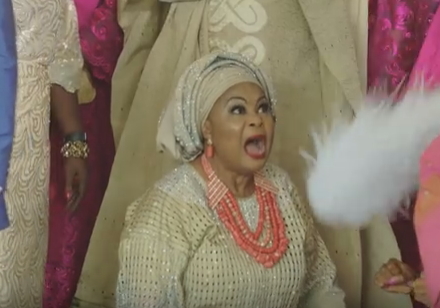 Marriage is a big deal in this part of the world, especially in my country, Nigeria.

In my previous post, I asked a vital question: How Are You Handling The Pressure To Get Married?

As an adult, once you complete your education and start working, the next thing that is expected and demanded of you is MARRIAGE. So, when are you getting married?

But with the evolving trends in today’s world, some are not buying into the idea of marriage anymore for reasons best known to them.

This post describes the reaction of African parents if you dare say you are not getting married.

So, should you refuse to marry, here are 5 things you should expect from African Parents:

Shock: the first reaction African parents will express when you utter the dangerous words, ‘I don’t wanna get married’ is shock far greater than 26 MegaVolt of electricity. This shock can make your family members stare at you for seconds, their eyes threatening to pop out of their sockets while waiting for you to say, ‘it’s a joke! I was just pulling your legs, I am definitely getting married! I was possessed by Morgana from Camelot!”

But after waiting a few more seconds and you do not retract your statement, you should expect the next reaction on this list.

Screaming: this is the next reaction you should expect.

This kind of scream is similar to the one you make when you realize that your phone is no longer in your pocket in a crowded market.

It comes out with a high pitch to indicate that a major calamity just occurred because why would you say you don’t want to marry in an African home? 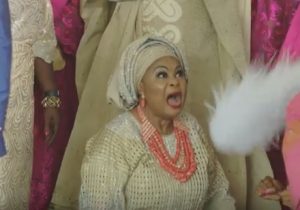 Over my dead body!

Have you found another home? Another Family?

The extended family will not take it. Maybe, just maybe, the screaming will scare you enough to reconsider your stance. But if you claim to have made up your mind, then brace up for the next course of action.

Family Meeting: also known as the gathering of the jury, a family meeting is certain to happen. 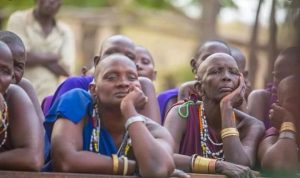 Go on, we are listening to your nonsense talk…

At the meeting, you will meet your paternal uncles and aunties that asked you to send your account number since 2011, your long-lost cousins that you blocked on Twitter because they were monitoring your posts, your grandparents, and of course, the convener of the important gathering, your parents. 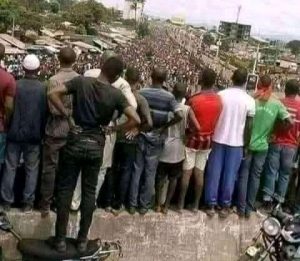 In this meeting, you will be required to stand before the members of the jury and describe the colour of audacity that possessed you to say you are not getting married.

Questions will be thrown at you like stones at a glass house,

“Did someone break your heart?

Did your parents offend you?

Have you been experiencing symptoms of malaria lately?

Is it because you don’t have plenty money yet?

We can borrow you the money today, then you will repay with 35% interest in two years.

So, what’s your excuse?”

Blackmail: while you are busy defending your reasons like an undergraduate defending his copied project before stone-hearted lecturers, you should expect some theatrical performance meant to dissuade you from your audacious plan.

There will be tears from the females especially, and if your mum is really dramatic like mine, she will remind you that you were born because she got married and you have to give her grandchildren by getting married. 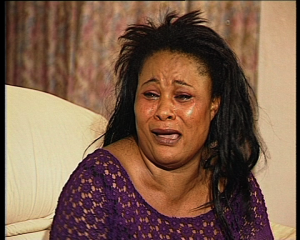 I carried you for nine months

And if you are unmoved by the tears, they will launch into more questions:

“What did we do to you to deserve this?”

“We attended the wedding of our friends’ children; don’t you want them to attend yours?” 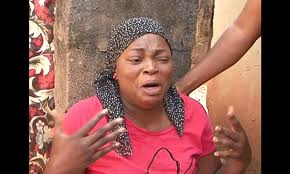 “Is it because we didn’t buy you a bicycle when you were a kid?”

“Is it because we have been saving the money visitors gave you when you were a child?”

“We are still saving it for your wedding day nau. If you don’t marry, how will you collect it?”

To weaken your resolve the more, your parents will attempt to kneel down and beg, knowing fully well that you can’t bear to see them that way. Game over!

Deliverance session: If at this stage, the members of the jury find you stubborn and unyielding to their pleas, you are definitely moving to this final and important stage because what prayers cannot do, does not exist. 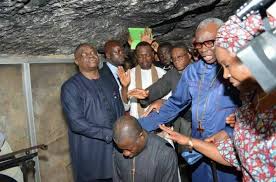 You demon of singuculosis, die now!

What powers whispered into your ears that you should not get married?

Which friend suggested it to you?

Their plans must fail and your wedding must what? It must hold.

Are there other things that African parents would do in this situation?